The Furious of Winter

The Furious of Winter

The first snowflakes dance in the pale moonlight. Suddenly a deafening crack breaks the silence and resounds till the borders of the whispering forest.

The powerful Meh-Teh who is as tall as the highest mountains on Guem just awoke from his slumber. His furor bursted into the night and his roar announced the era of the Colossi.

“The Furious of Winter” is an event on Eredan iTCG during which you can obtain numerous cards as well as the new character card “Meh-Teh” and the Colossus “Meh-Teh, the furious”.

How can I get them?

Until Wednesday, December 16th at 2pm CET you can collect gifts in three different colors when you play against other players.

You can also find the blue, white and golden gifts in the Boosters for 399/400 Fee’z.

Those gifts allow you to get many cards such as Meh-Teh and his colossal version.

During the event, you can also purchase the booster “Memories of Christmas” containing “Santa”, “Claus’ Claw” and “Celebration” aswell as 36 of the newest cards. 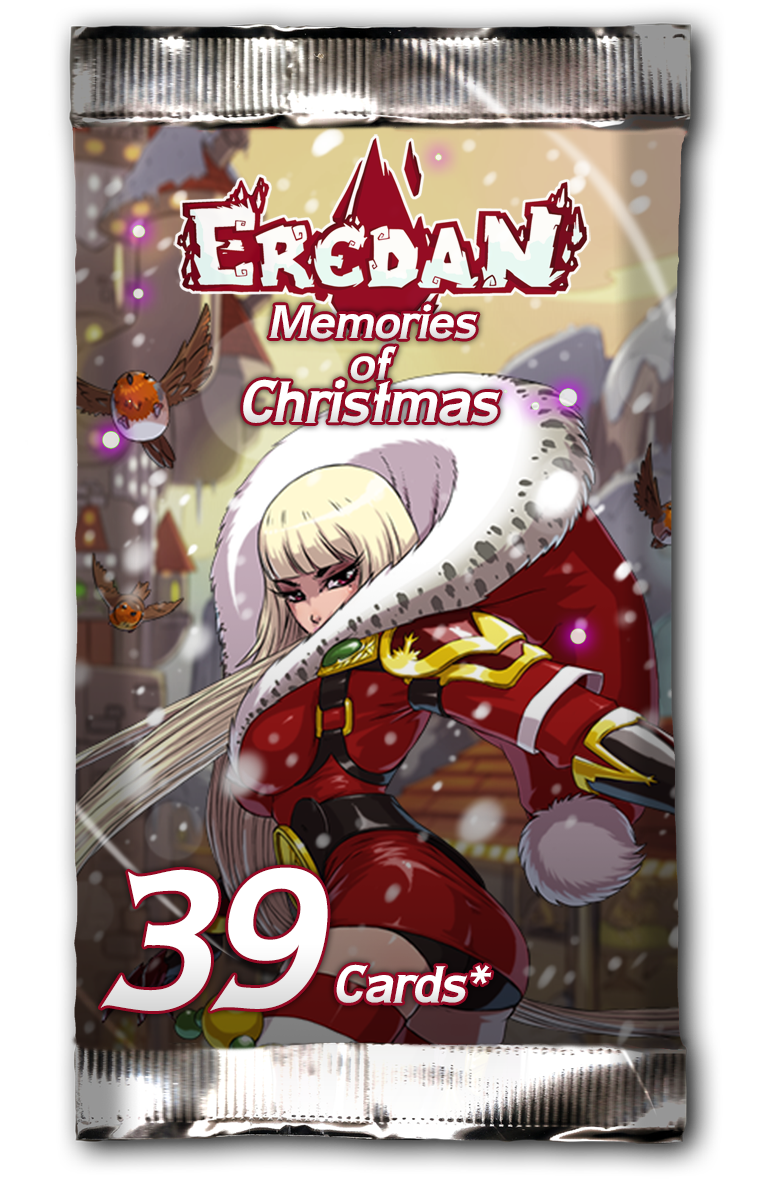