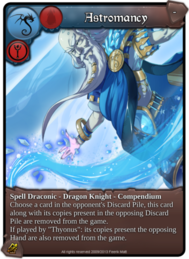 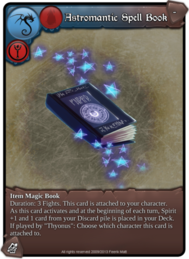 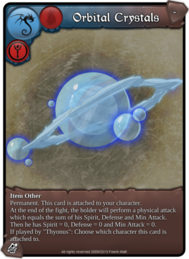 Thyonus. (3 evolutions in all). On its last evolution : Uncommon. Noz’Dingard Envoys. Mage. Human. Compendium. Spirit 3. Attack 0/0. Defense 1. Health points 16. Gain Chain if you play an Item. You and your allies have -1 to damage points suffered until the end of the game. Odd Turns: The two characters in battle have Min Attack = 0.