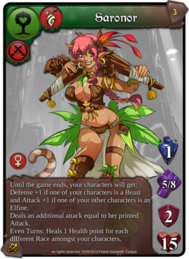 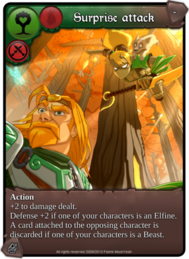 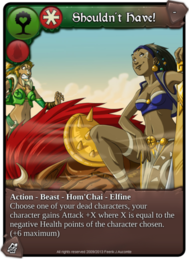 Shouldn’t Have! . Common. Action. Sap Heart. Beast. Hom’Chai. Elfine. Choose one of your dead characters, your character gains Attack +X where X is equal to the negative Health points of the character chosen. (+6 maximum)