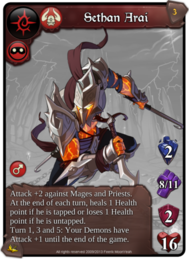 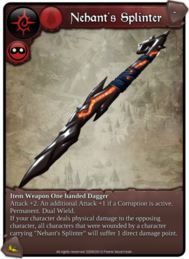 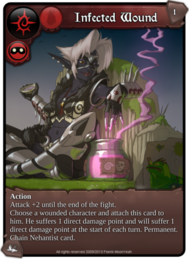 Nehant’s Splinter. Rare. Dagger. Nehantists. Marauder. Attack +2. An additional Attack +1 if a Corruption is active. Permanent. Dual Wield. If your character deals physical damage to the opposing character, all characters that were wounded by a character carrying “Nehant’s Splinter” will suffer 1 direct damage point.