From tomorrow onwards, the card release of July 17th 2013 will not be available in the newcomer booster! 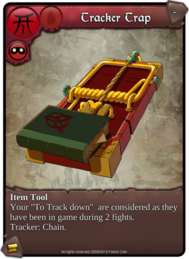 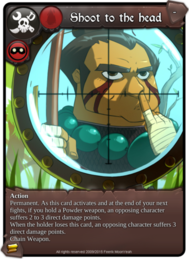 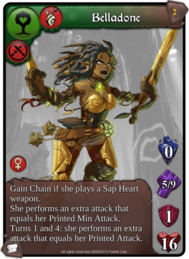 Tracker Trap. Rare. Tool. Kotoba. Marauder. Your “To Track down” are considered as they have been in game during 2 fights. Tracker: Chain.

Crystal Trap. Uncommon. Tool. Noz’Dingard Envoys. Permanent. Choose a character and attach to him this card and it becomes a Light Spell. Witchblades gain Chain if they play a Light Spell. Chain.

Surrounding. Uncommon. Action. Sap Heart. Elfine. If the next opposing card is an Action, a Spell or a Theurgy, you will perform an extra attack that equals your printed min. attack. Otherwise your opponent has Defense -2. Chain Item.

Booby Trap. Uncommon. Action. Warrior. Marauder. This card is attached to the opposing character, he has Defense -2. Duration: 2 to 4 Turns. Warrior or Marauder: Chain.

Kotori Kage. (3 evolutions in all). On its last evolution : Uncommon. Kotoba. Marauder. Shadow Guemelite , War Guemelite . Traqueur, Corbeau. Spirit 2. Attack 7/9. Defense 2. Health points 14. Attack +1 against Mages. Defense +1 if you play a Marauder card. Your Crows have Attack +1. Turns 1, 2 and 4: an “the Art of tracking” from your Deck will be played following the cards already played.

I wait to trip you up. Common. Action. Marauder. This card is attached to an out-of-combat character. Permanent. At the start of his fights, the holder of this card will have Attack -1 or defense -1 or he will suffer 2 direct damage points. Chain.

False Eclipse. Common. Action. Desert Nomads. Duration 4 turns. Attack and Defense +1. At the start of your next fights a “Sol’Ra Eclipse” from your discard Pile will be played. Chain Action.