[Packs] The Cursed Suits: The monstrous cave of Morino

Halloween is approaching, and already a witch has cast a spell on the game!

During the month of October, every week, a pack made by one of the game’s graphic designers will be offered for sale. However, because of the spell, only the shadows of the beautiful items they have concocted for you remain.

Enter the bowels of the Morino cave! If the spiders don’t scare you… You’ll have to make your way through the slimy webs and sharp rocks… A small warning is in order: avoid touching the filaments of the webs too much, otherwise you will wake up the spiders who slumber in these depths.

The elements of these packs will only be revealed in a few days. Will you dare to buy these cursed items?!

These packs are offered at -35% off until Sunday 23:59. On Monday the items will be revealed and available until Tuesday 23:59, but beware, there will be no more discount. 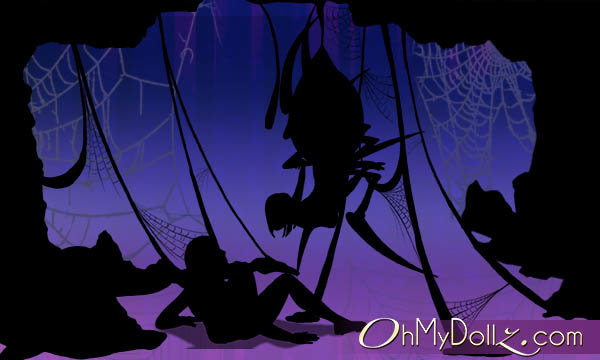 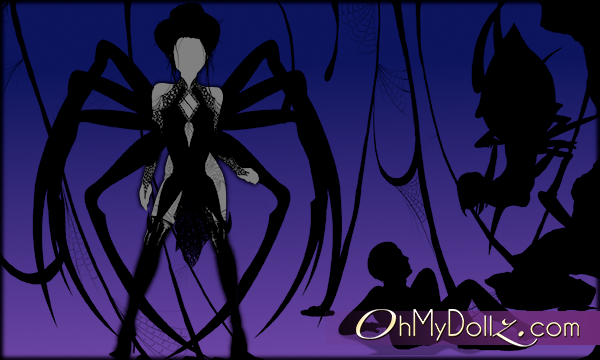 The packs contain a total of 14 collector’s items. Discover the shadows of these different items by testing the pack.

Don’t hesitate to join the dollz who have already gone trick-or-treating on the French forum! We are counting on you to gather as many candies as possible!

A small glimmer of hope is already appearing. If you’re going to see Coeurarcenciel’s creation topic, it looks like we can see some touches of colour…

In the coming weeks, new packs will appear. Once the witch’s curse is lifted, they will return to their original colours and will be very useful for Halloween night!